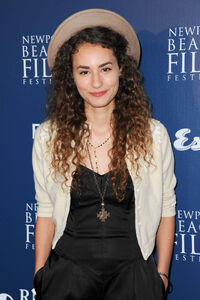 Rachel Katherine DiPillo (born January 26,1991) is an American actress. She played the role of Andie in the TV series Jane the Virgin. In 2015, she began starring in the NBC medical drama Chicago Med as Dr. Sarah Reese.

DiPillo was born on January 26, 1991, in Flint, Michigan. She grew up in Nashville, Tennessee.

In 2009, DiPillo played a 'Pretty girl' for seven episodes, in Big Time Rush. In 2010, she played Lexi Wade in The Gates. In 2011, DiPillo played Fawn in nine episodes of Tv SeriesWendy. In 2012, she had a role in the film Commencement and a small role in an episode of Bones. In 2013, DiPillo played Allison McCleary in Emily Owens M.D. In 2014, she played Sherry in Mad Men. In 2015, DiPillo played Andie in the series Jane the Virgin for four episodes.

DiPillo is currently playing Sarah Reese in Chicago Med, which premiered on November 17, 2015.

Retrieved from "https://chicagomed.fandom.com/wiki/Rachel_DiPillo?oldid=6437"
Community content is available under CC-BY-SA unless otherwise noted.