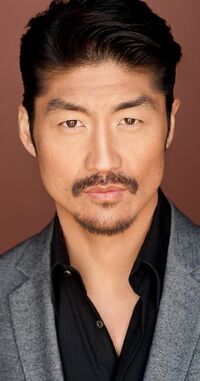 Brian Tee (born March 15, 1977) is a Japanese-American actor. He is best known for his role as D.K. in the action film The Fast and the Furious: Tokyo Drift. In 2015, he began starring in the NBC medical drama Chicago Med as Dr. Ethan Choi.

Tee was born Jae-bum Takata in Okinawa, to a Japanese-American father and Korean mother. At the age of two, he moved to Hacienda Heights, California, and was raised in Southern California. He attended Glen A. Wilson High School where he was Associated Student Body president and captain of the football team. While in high school, he worked at Blackjack Pizza.

Tee graduated from University of California, Berkeley with a degree in theater and performing arts. Not long after graduating he adopted his "culturally ambiguous" stage name Brian Tee after being rejected by a Korean director at an audition for having a Japanese last name.

Tee played Kazu, the owner of Sushi Rox, on Nickelodeon's Zoey 101. He played Eddie Choi in Crash. He also starred as Akira Kimura on Grimm and Takeda on Burn Notice. He also appeared in the season 4 episode "The Girl in the Mask" as Ken Nakamura on the series Bones He has also played Dwayne Archimedes in the indie Feature film Roswell FM. Tee has also appeared in an episode in the first season of the television series Dark Blue as a Korean criminal. He also had a short part in Austin Powers in Goldmember as a pedestrian ("Run! It's Goldzilla!"; "Still we should run like it is Godzilla!").

Tee was also in the music video "Dance Like Michael Jackson" by Far East Movement.

Tee played a gang leaded in Chicago P.D. The episode was " The three G's"

Tee took on the role of Liu Kang in the YouTube series Mortal Kombat Legacy.

Tee appeared in the made-for-television film The Gabby Douglas Story on October 18, 2013, where he played her coach Liang Chow, which aired in 2014 on Lifetime.

Tee co-starred in the 2015 film Jurassic World where he played Hamada, a high-ranking commander who works for the Asset Containment Unit (ACU).

Retrieved from "https://chicagomed.fandom.com/wiki/Brian_Tee?oldid=10832"
Community content is available under CC-BY-SA unless otherwise noted.